Living With The Effects Of Domestic Abuse – Pattern Changing

The Pattern Changing course is for women who are free from an abusive relationship but still living with the effects of domestic abuse. Pattern Changing is a two-hourly 10-week course (9 weeks with a follow-up session after two months) run in Bedfordshire by our charity. 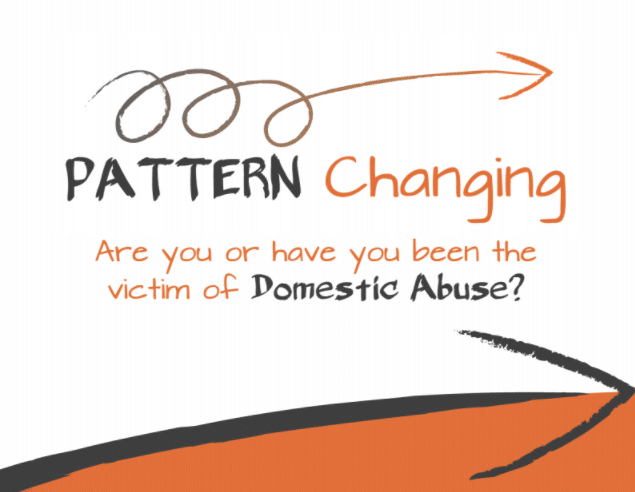 Recovering From The Effects Of Domestic Abuse

The effects of domestic abuse on women and their children are wide-ranging and significant. Domestic abuse does not always involve violence and can refer to a range of abusive, controlling and unhealthy behaviours that occur in a relationship.

People often do not understand why victims of domestic abuse stay with perpetrators. To say this is to misunderstand the effects of psychological control and the level of risk that victims may face on leaving. Furthermore, often victims do not even realise that they are in an abusive relationship. Living in a household where abuse is happening can be confusing due to the use of psychological control. It is often not until the woman has left that she becomes aware of the power that the abuser has had over her life.

Reading the book “Living with the Dominator” or going along to something like the Freedom Programme can greatly help victims of domestic abuse. With these tools, they can begin to see what has been happening to them and understand the methods being used to control their lives and that of their children.

The effects of domestic abuse can be long lasting; coercion and control may go on long after women have left the abuser. Abusers may continue to exercise control particularly when they have contact with the children. In a study by Humphreys & Thiara, 2002, 76% of separated women reported suffering post-separation verbal and emotional abuse.

We first decided to deliver the Pattern Changing course in 2015. Women who had been through the Freedom Programme identified that they now needed something to help with recovering and moving on with their lives. They were still experiencing the effects of domestic abuse including anxiety, low confidence and self-esteem. As one woman expressed “I don’t recognise myself anymore. I feel like a completely different person to who I was before I met him.”

As well as Pattern Changing our local charity continues to run other domestic violence and abuse support services in Central Bedfordshire.

“I learned that just because I was treated like I was rubbish doesn’t make it true.”

No Longer Victims Of Domestic Abuse

Our charity wants women to think of themselves as survivors and not victims of domestic abuse.

The aims of Pattern Changing are to help survivors regain confidence and self-esteem, explore personal experiences and learn practical strategies to gain empowerment. The course helps to change negative patterns into positive ones. Importantly, Pattern Changing provides victims with tools to help them recover from the effects of domestic abuse in their past relationship.

Pattern Changing was part of an evaluation by the University of Bedfordshire which found that participants showed a significant positive increase in self-esteem and an increase in assertion. It concluded that “victims are enabled to actively participate in their own recovery and personal development and individual empowerment is promoted.” Since running the course, we have heard many stories of domestic abuse and seen women regain confidence, self-esteem and make positive steps to move on with their lives.

Home-Start Central Bedfordshire has been running Pattern Changing now for more than two years. During this time the course has become increasingly popular. In the last year, 29 women attended and we are really pleased that we are able to continue to run it in 2017. This has been made possible thanks to funding from the Bedfordshire Office of the Police and Crime Commissioner.

We are aware that coming to a group can be hard especially for those who have lost confidence. Our trained coordinators try their utmost to make people feel at home and comfortable. They will never ask anyone to do something that they don’t want to do. As we teach assertiveness skills we are not able to take women who are still living with the perpetrator. This is because we feel that it would be unsafe for them. Developing a safety plan is important either while staying in the relationship or if deciding to leave. More details can be found on agencies who can help at the Bedfordshire Domestic Violence Partnership website.

For further information about attending Pattern Changing, please contact us.

“Pattern Changing was the thing that helped me change my life around to how I am today. I’ve recovered my home my family and I now know that I am worth something.”